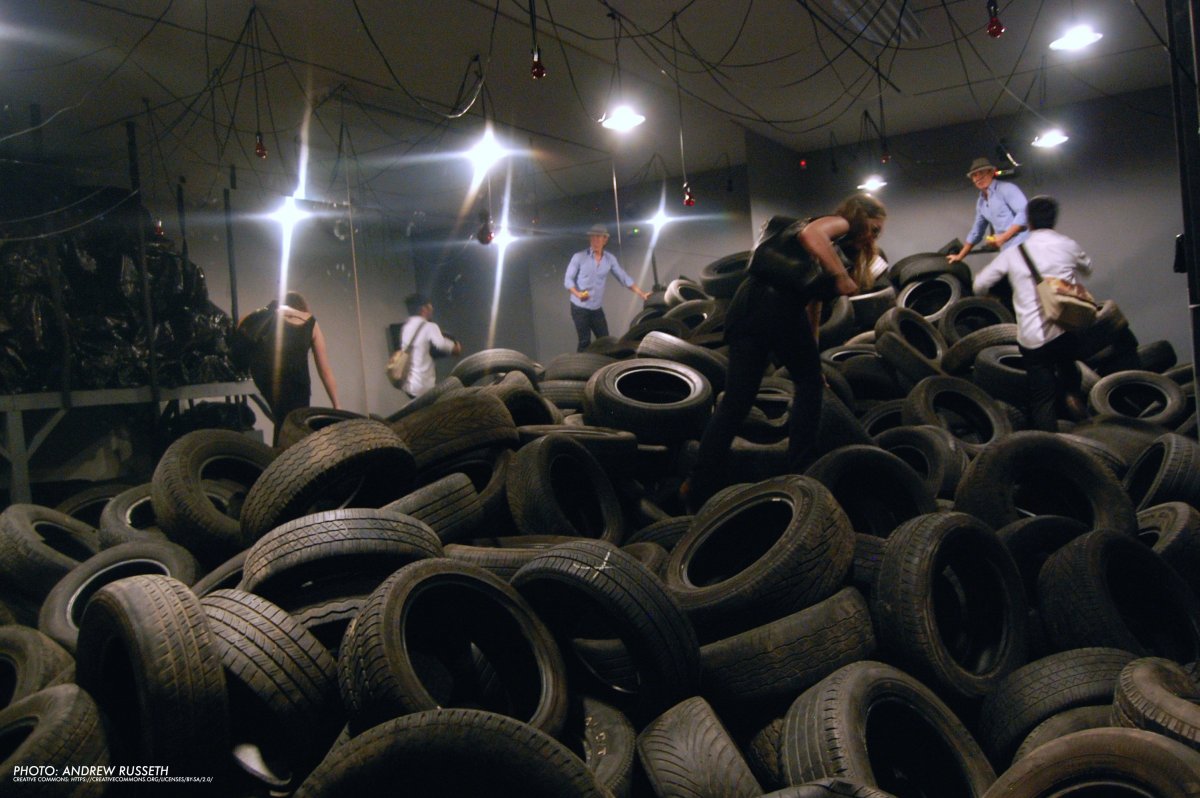 Where’s the art? Allan Kaprow is an artist that loves to integrate play in his work. This installation is one of the first of its kind and symbolizes play.

In 1961 Allan Kaprow created an art installation, made entirely out of junk and intended for play. He called it "Yard". Yard tested the boundaries of art and became a pioneering symbol in performance art.

Allan Kaprow filled the walled-in backyard of the Martha Jackson Gallery in New York with car tires and objects wrapped in black tarpaper. Visitors were invited to climb on the tires and move them around. Kaprow encouraged them to have fun. This piece contained a large portion of play, but only within the boundaries of the playground Kaprow outlined. Within the confounded space of the yard.

Over the years Kaprow has brought back Yard in different settings with different objects to play with. Yard has been reinterpreted and recreated by other artists as well after Kaprow died in 2006.

Allan Kaprow believed in play. As a painter, assemblagist and one of the worlds first performance artists, he considered play as a force on its own. A force that breaks the world, collapses social arrangements and makes things happen. Kaprow used play to create a dialogue between his art and its viewer.