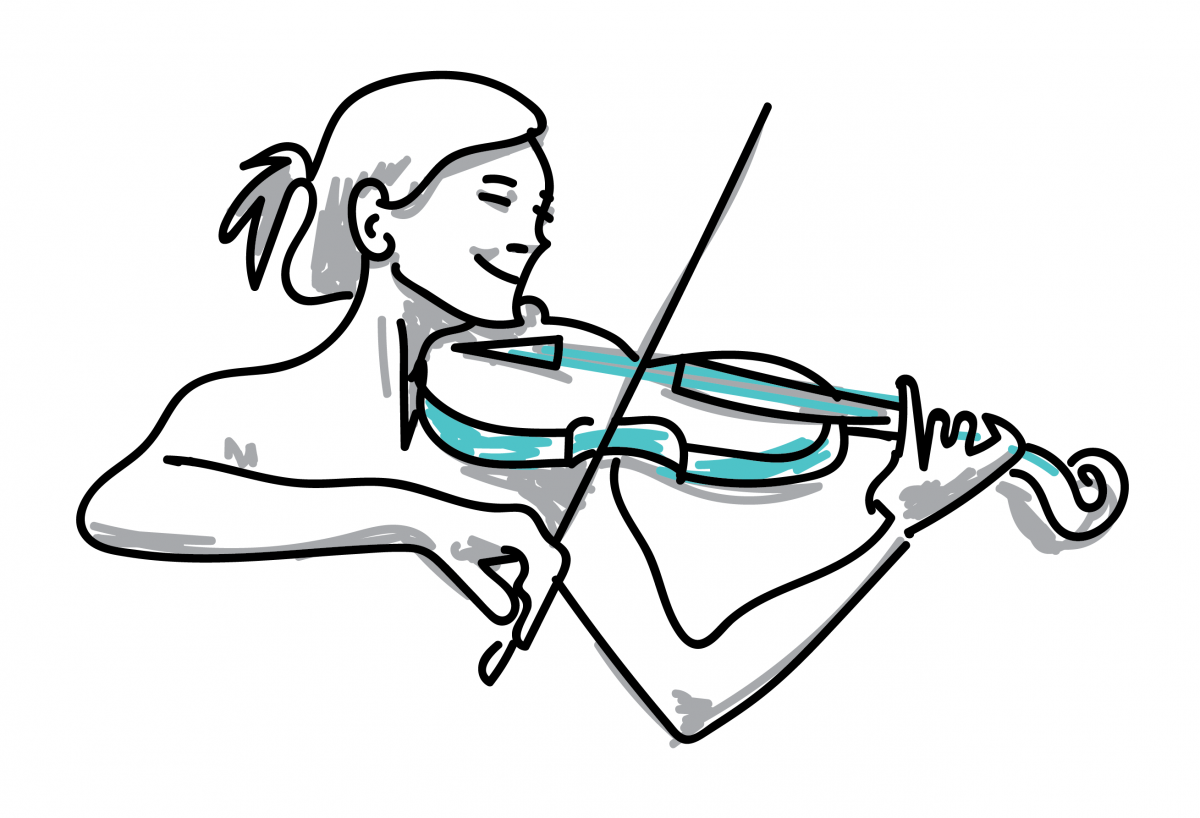 Good news for all the musicians out there: playing music is healthy and enhances brain development. As it turns out, all those piano and violin lessons that your parents insisted on you taking when you were younger, actually have done quite some good.

Where’s the science? James Hiudzak, M.D., researched the effects of playing an instrument on the development of the human brain. This article is based on his research.

James Hiudzak of the Vermont College of Medicine (and others) researched the effects of playing music on the brains of children between six and eighteen years old. He published the results of his study in 2014 as "Cortical Thickness Maturation and Duration of Music Training: Health-Promoting Activities Shape Brain Development". Hiudzak found that the more a child practices playing an instrument, the faster the so-called cortical organization functions. The cortical organization regulates attention, fear and emotion.

Play instruments to cope with emotions

Hiudzak considered the reported music training data of the test persons and matched it against the results of repeated MRI scans and behavioral testing over the course of 2 years. Hiudzak found a direct link between the thickness of the cortex in various brain sections (motor, premotor, and supplementary motor cortices, as well as prefrontal and parietal cortices) and reported decreased depression and aggression rates. Music enhances the brain for the better. One is more capable of coping with different emotions if he has had a lot of practice with a musical instrument.

Hiudzak's research does not claim that if you practice more, you will be a better musician. New research by David Hambrick even suggests that, unfortunately for many of us, success isn’t exclusively a product of determination. In case of music, it is a product of genes. If exceptional sound processing and motor coordination is encoded in your DNA, hermitic practice routine will have drastically more effect than if you have no particular talent in that field.

A genetic predisposition for music does not compromise the conclusions of Hiudzak study. When Hiudzak included covariates like IQ and handedness, the results did not alter. Moreover, musical practice will inevitably grow the cortical thickness within areas implicated in motor planning and coordination, visuospatial ability, emotion and impulse regulation - regardless of your musical talent and your genes. So even if it doesn't make you a brilliant musician, playing music does enhance your brain and thus: your health and your career off-stage.

Hiudzak's study targeted youths between six and eighteen years old, but chances are that you are older than that. Hudziak scaled his research on the age matrix. He found that it is the "Age × Years of Playing" interaction that is associated with cortex thickness, rather than "Years of Playing" unilaterally. In other words, the advantage grows with age. That is good news, because it means you can still reap the benefits of picking up music and learning an instrument while you are an adult.

Playing an instrument is just as much play as for example painting, playing football or enjoying a match of football.